Your Island Home Away From Home

in the heart of downtown Summerside 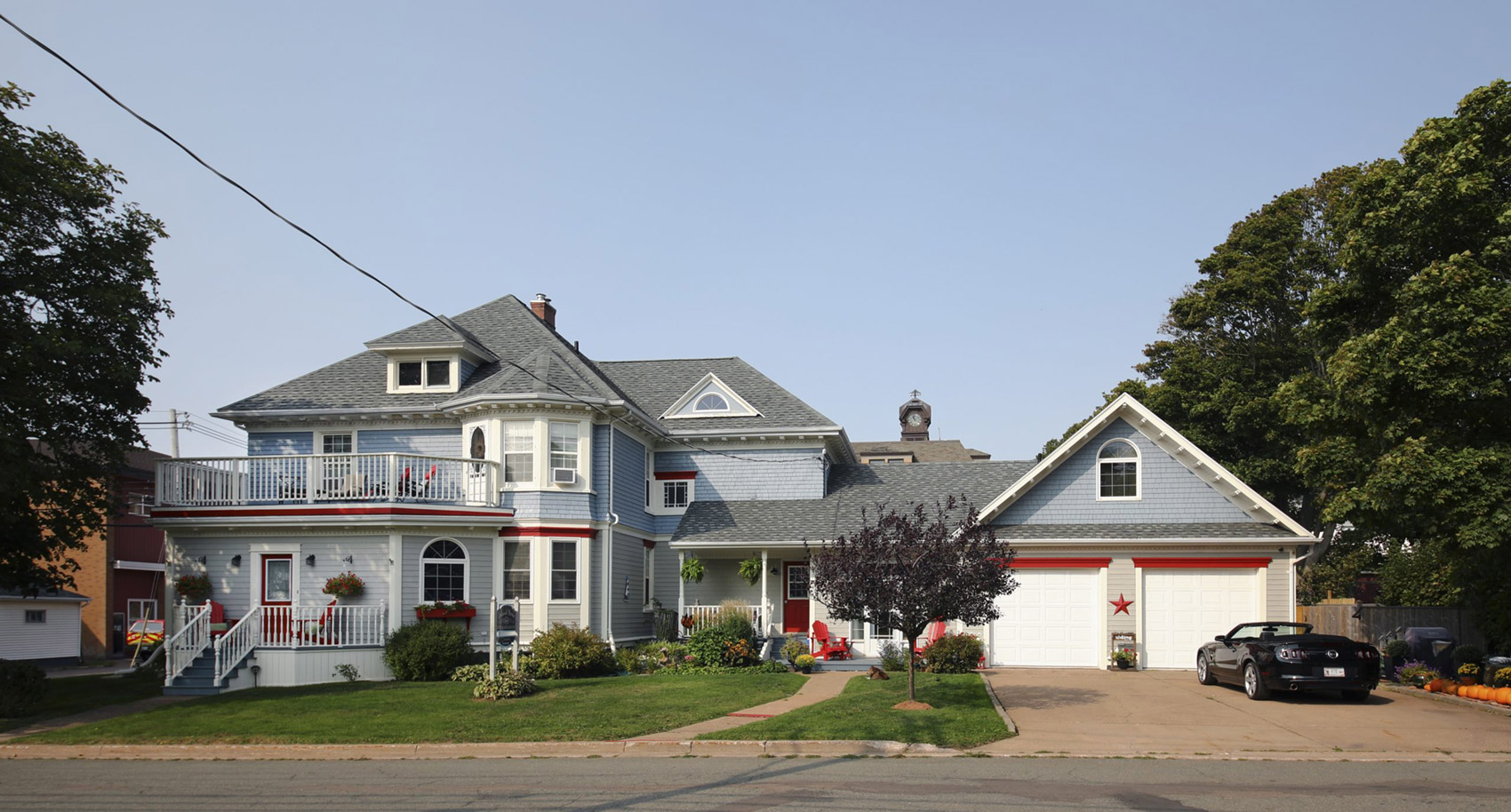 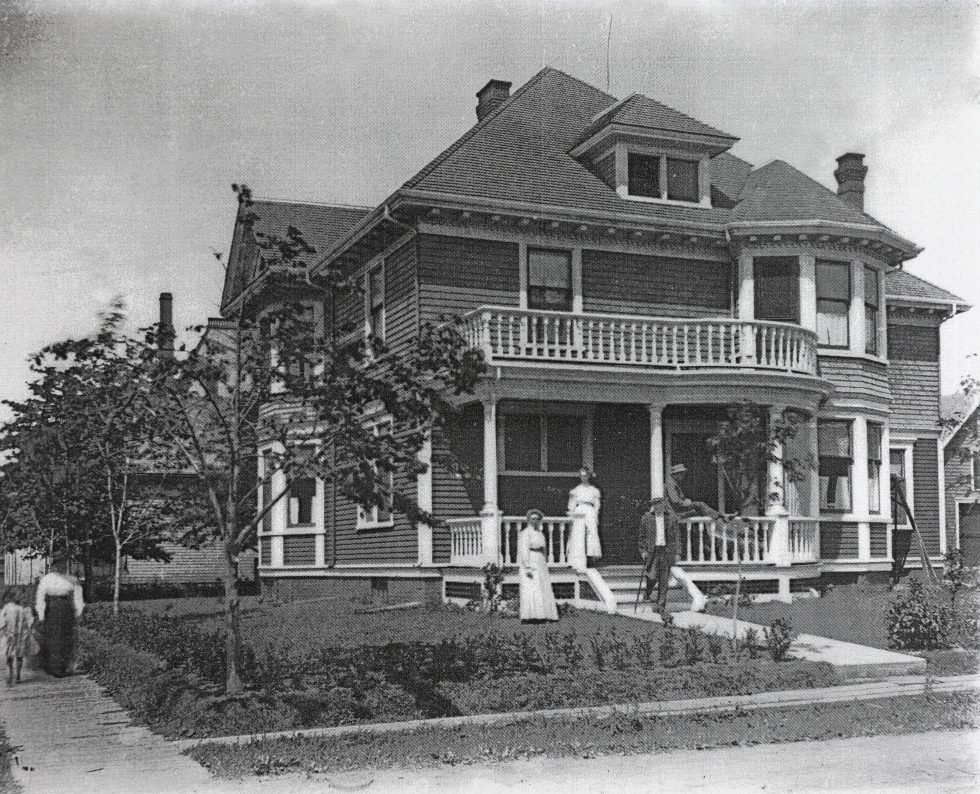 Summerside has a beautiful Historic District, with lots of stories to tell! Let’s start with our home. The house is considered a historic home, given the name of its original owner – the Dr. Alex MacNeill House. The house was built in 1908 after the great fire of 1906. The fire destroyed the house that was originally on this property, and Dr. Alex MacNeill decided to buy the corner lot and the one next to it in order to build a large home for him and his family.

Want to learn more? Great! Come visit us and we would love to share the many stories we have heard.

Island Home B&B features a 4-star rating. Located at 44 Spring St. in the historic district of Summerside, Prince Edward Island, the Island Home Bed and Breakfast offers its guests three beautiful rooms. A historic home built in 1908, the renovated and restored house has been running as a successful bed and breakfast since 2007. Sharon and Mike are pleased to welcome you to their lovely home and can’t wait to share the love for the Island with you.

We hope you enjoy your stay with us in Summerside, and that you can experience all the beauty and magic PEI has to offer!

There is no shortage of places to spend time with new-found friends or to relax outside of your room. The guest lounge or the beautiful dining room with its magnificent wood working, and large windows offers a great place to have breakfast and meet with other guests. The hall between the guest rooms on the second floor has an area with tourist information, coffee, tea, water or a baked treat.

In the summer months you can relax outside and enjoy the wonderful ocean air and the sounds of the birds chirping above you. There are two outdoor areas available for guests to sit and relax or to get to know one another.

Mike and Sharon are your hosts at the Island Home Bed & Breakfast. We are pleased to welcome you to our lovely home and can’t wait to share our love for the Island with you. Come and enjoy a few days with us in beautiful, historic Summerside.

There is so much to see and do on PEI. Whether you’re looking for incredible beaches, quiet walking trails, shopping, theatre, arts and culture, or amazing dining experiences, PEI will more than meet your needs.

Vintage décor with a nautical flair. There are some beautiful antiques and pieces with a story to tell.

Sit and read a book at the south-facing bay windows or enjoy a movie on the large flat-screen television.

This room features a new and very comfortable king size pillow-top bed with high quality sheets to ensure you wake up in the morning refreshed and ready for the day!

The King Room offers a large ensuite bathroom with a shower. 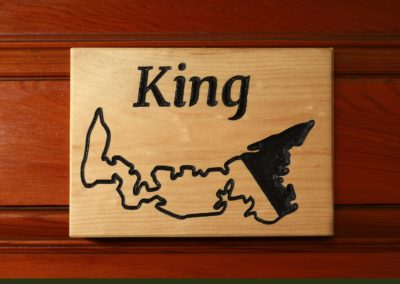 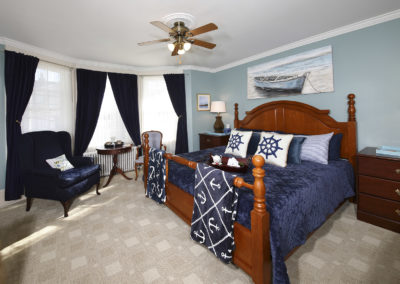 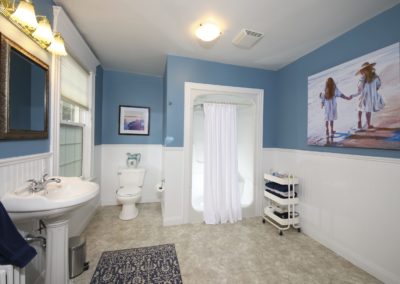 A comfortable and warm room, furnished with some great antiques and Marilyn Monroe pictures.

There is access to a large, private balcony and ensuite bathroom directly from your room. Watch the sunrise and enjoy a cup of tea or coffee on those beautiful sunny days. If the wind is right, through the branches of our old chestnut tree, you can even see the ocean! 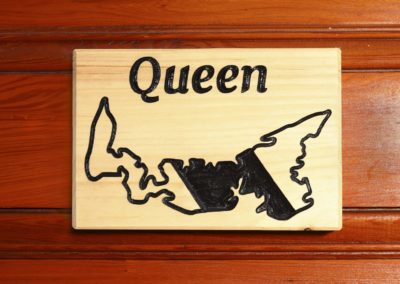 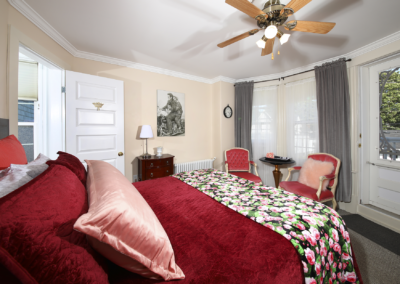 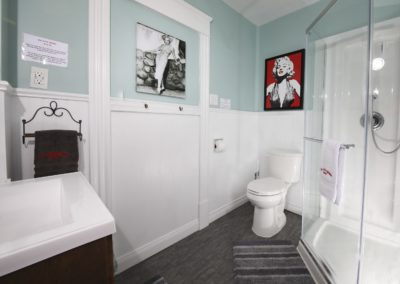 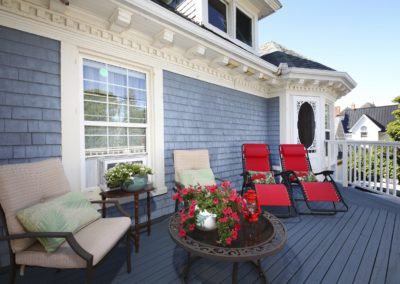 Watch the sunrise, relax in the seating area and read a book, or watch a movie in the evenings.

This room features 2 queen size beds with pillow-top mattresses and high quality sheets to ensure a great night’s rest. The large exterior bathroom (with shower) is private and just across the hall. Robes are supplied for our guests staying in the Prince Room.

All prices are subject to applicable sales taxes. 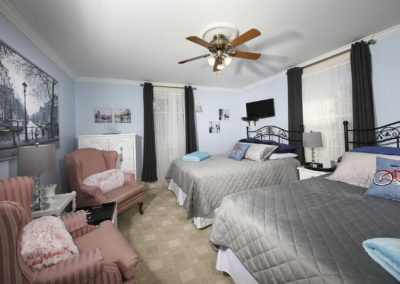 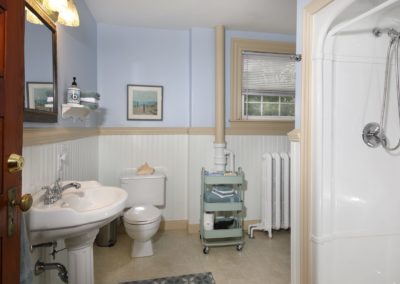 the most important meal of the day

Served daily at 9am in the Dining Room

Breakfast options vary daily and could include French toast, baked egg dishes, casseroles, waffles, pancakes, eggs. Check out our daily menu board in the B&B entrance to see what we’re serving the next day.

Start your day with freshly ground coffee. Assorted teas are available at breakfast and throughout the day. Chilled juices can be found on the buffet table and the flavours rotate for more variety. Water is also available throughout the day in the dining room.

Fresh fruit in season, fruit salad and dried fruit may be available each day. Mix fruit with yogurt or granola for some added energy before your busy day!

in the heart of Downtown Summerside 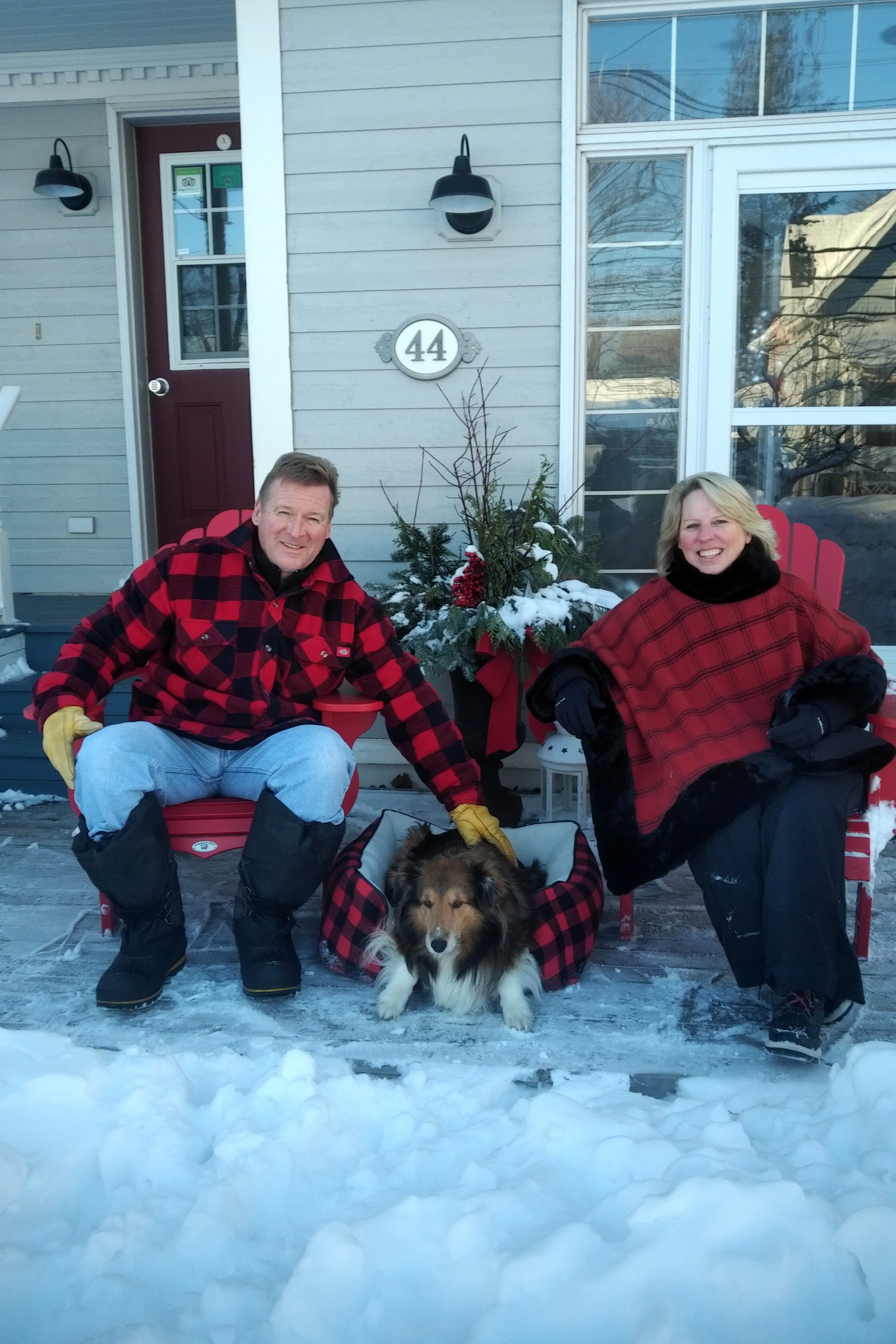 Mike and Sharon, your hosts at the Island Home Bed and Breakfast.